I’m now getting a chance to post! I wanted to share a few things for paper research in my Early Roman Empire course I’m taking this semester. Originally, I wanted to focus on the Romanization of the East in the areas of Palestine and Israel, with particular interest in the interaction between Marcus Agrippa and Herod the Great in the early Empire era. But I was unsure of what material to hone in within that. Though, over the course of the semester, I have noticed in the class lectures a recurring motif, which has intrigued me, of imperial domination depicted in imperial art — i.e., the image of the ‘orb of the universe’ — depicting emperors posing with foot near or on a globe to represent their domination over the (known) world. I’m also interested in the divine or semi-divine attributes given in these depictions. I haven’t started research officially but I know I have some good leads for the construction of the paper. Below are a few images. Hopefully, as I research this, I’ll find more images of this sort (foot near/on globe with emperors of the early Empire). If any of you have leads for more images, please share and leave a comment! 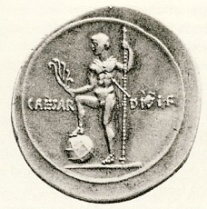 Silver denarius, Octavian as Neptune, before 31 BCE. Notice on the right: DIVI F — divi f(ilius), “son of a god” (emphasizing his inheritance to Julius Caesar). 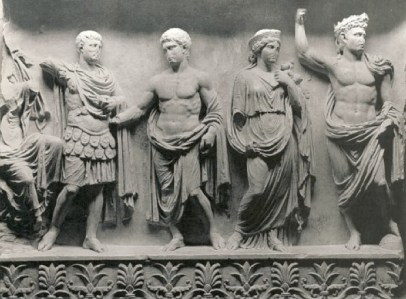 Imperial family in marble relief. “Apotheosis of Augustus,” Claudian era, 40-50 CE. Notice on the right: Augustus depicted as Jupiter, wearing a crown, with his foot placed on the globe. 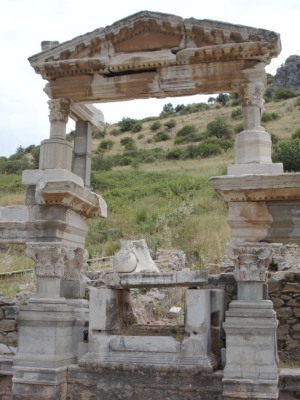 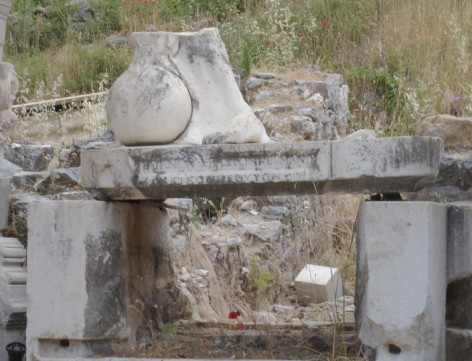 Detail of Trajan’s Fountain. Although poorly preserved, you can still clearly see the globe and a foot next to it.

One thought on “Program of Imperial Domination”